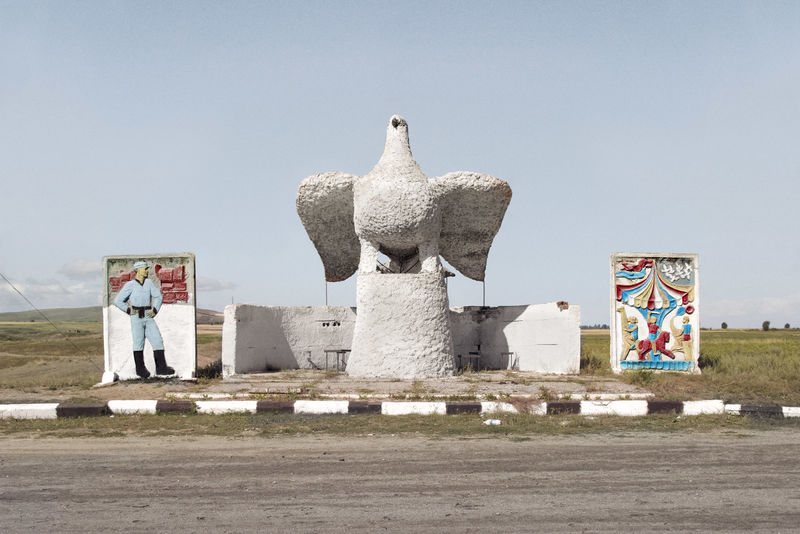 Rahul Kalvapalle — September 30, 2015 — Art & Design
References: fuel-design & featureshoot
Share on Facebook Share on Twitter Share on LinkedIn Share on Pinterest
Soviet Bus Stops is a photo series, put together by American photographer Christopher Herwig, that documents the very peculiar, beautiful and odd bus stops that were constructed during the period of the Soviet Union. Herwig passed through Eastern Europe, the Caucasus and all the way to Central Asia and captured photos of these Soviet-era bus stops, which left a remnant of unique design all over former Soviet territories.

For the series, Herwig challenged himself to capture a photo every hour of the trip. He found himself drawn to surprisingly spectacularly designed bus and transit stops located on otherwise deserted stretches of road. He ended up covering over 18,000 miles in 14 former-Soviet countries, traveling by car, bicycle, bus and taxi to find and document Soviet bus stops.

The photo series is currently available online, and makes for great viewing as it speaks to how colonial influence can continue to live on in a design sense long after the empire in question is non-existent.