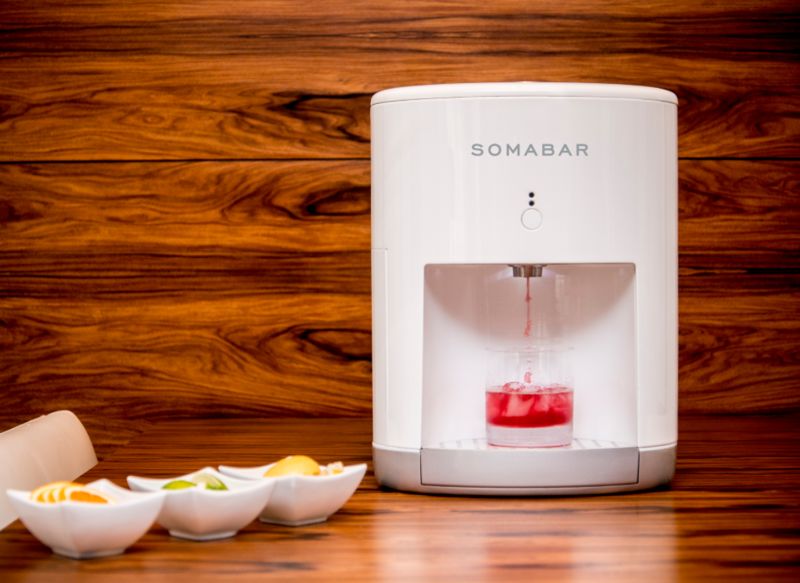 The Somabar Whips Up Fancy Cocktails So You Don't Have To

Rahul Kalvapalle — December 5, 2014 — Tech
References: somabarkickstarter & gizmag
The Somabar is a nifty robotic bartending machine that whips up fancy craft cocktails at the simply push of a button so you can focus on drinking cocktails rather than crafting them.

The contraption includes three pods plugged in on either side of the machine. These pods store liqueurs, bitters and other ingredients. The Somabar comes with a companion app which acts as your control panel of sorts. The Somabar's developers say it only takes about five seconds between pushing a button in the app and getting your delicious cocktail.

The developers of the Somabar are currently running a Kickstarter campaign to raise funds for its production. A pledge of $399 will get you set up with a unit if the campaign hits its fundraising target, with shipping slated for July 2015. The Somabar will be available in blue, red, orange and grey.
4.6
Score
Popularity
Activity
Freshness