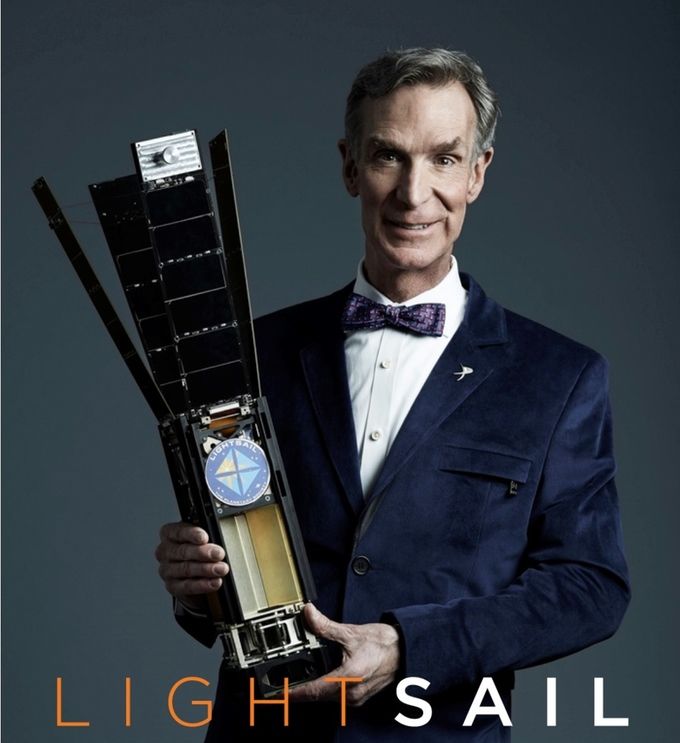 Meghan Young — May 27, 2015 — Tech
References: kickstarter & space
Share on Facebook Share on Twitter Share on LinkedIn Share on Pinterest
LightSail is the name of a solar sailing spacecraft that's based on a space travel concept first popularized by Carl Sagan nearly 40 years ago. Although announced earlier this year, it has since been launched as a Kickstarting campaign by Bill Nye himself, who is the leader of The Planetary Society, a non-profit dedicated to the exploration of the solar system.

Already demolishing its $200,000 goal by $745,651 and counting, the solar sailing spacecraft aims to revolutionize access to space for low-cost citizen projects. Bill Nye writes, "Through this proof-of-concept mission, we will use CubeSats [no bigger than a breadbox] to open new paths beyond Earth and one day potentially to other planets with an inexpensive, inexhaustible means of propulsion."
1.7
Score
Popularity
Activity
Freshness
Get Trend Hunter Dashboard