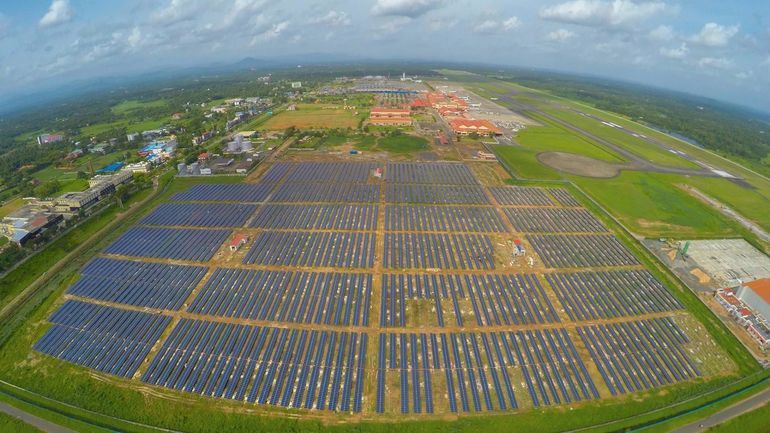 Cadhla Gray — August 23, 2015 — Eco
References: gizmag & theverge
The rise in solar-powered airports brings multi-functionality to these travel hubs as it enables them to simultaneously act as power plants. India is the first country to propose an airport that is entirely reliant on solar power and it will be fully functioning by May 2016.

Cochin International Airport will have 46,150 solar panels, amounting to 300,000 tons of carbon emissions saved over the course of 25 years. Like so many green energy projects, not only will this benefit the environment, but it will also bring economical benefits, generating enough extra power to sell to the State Electricity Board.

With plans already in the making, there will be more solar power integrated into Indian airports in the near future. With the extra power and revenue solar powered airports generate, their success will surely prompt other countries to follow suit.
3.9
Score
Popularity
Activity
Freshness