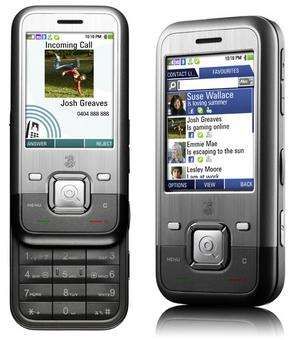 Rich — November 14, 2008 — Tech
References: smh.au
Share on Facebook Share on Twitter Share on LinkedIn Share on Pinterest
The new INQ1 Facebook phone could just be a more successful phone than the recently launched Google G1 or, even the iPhone. The Facebook phone, available from Company 3 in the UK, has been designed specifically around the functionality of Facebook, and gives users direct access to their social networking circle at the touch of a button. The phone has been optimized for use with the site so users can poke friends straight from the home screen.

While the iPhone and the new Google G1 phone target professional users with costly handsets and sophisticated technology, the Facebook phone, while retaining email and web functionality has a much cheaper price and talk plan, and will appeal to larger audience of younger users to whom the iPhone is prohibitively expensive. The phone also comes optimized for Skype, MSN Messenger and Last.fm which should also increase its appeal.
1.9
Score
Popularity
Activity
Freshness
Get the 2021 Trend Report FREE