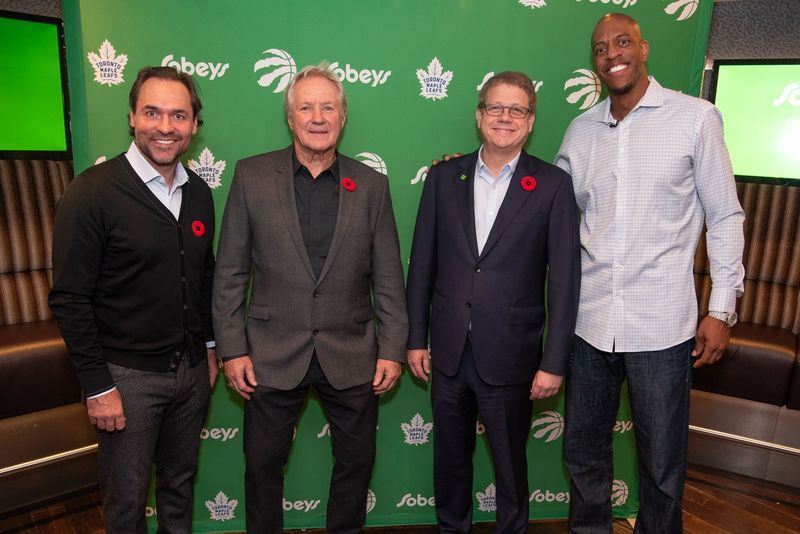 Sobeys and MLSE Perfectly Fuse Sports and Food Culture Together

Amy Duong — November 12, 2018 — Lifestyle
References: mlse & sobeys
Share on Facebook Share on Twitter Share on LinkedIn Share on Pinterest
Last week, Sobeys and MLSE announced their exciting new partnership, marking an inaugural step towards collaboratively supporting Torontonian sports teams such as the Maple Leafs, the Argos, the Raptors, the Marlies, and the Raptors 905. To launch the new partnership, Sobeys spotlighted fan culture as a means of connecting food and sports together -- highlighting the importance of meals during game day rituals.

The duo's 'Game Day Eats' venture introduced the 'Ultimate Suite Contest' as an opportunity for fans to share their own game day meals for a chance at winning a personalized suite in view of a Toronto Leafs Game. Fans can share their superstitious snack, a meal before the game, or a bite during the game. This kicks off the first of the ongoing partnership with new opportunities coming through social media and being offered at Sobeys retailers. The partnership announcement was celebrated at a Toronto event, where Toronto athletic alumni such as Darcy Tucker, Darryl Sittler, and Jerome'Junyard Dog' Williams shared their favorite game day meals alongside Sobeys president and CEO Michale Medline and Michael Friisdahl.