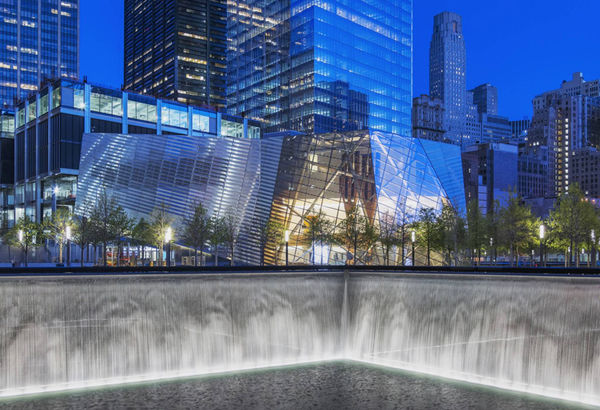 Jamie Danielle Munro — May 15, 2014 — Art & Design
References: 911memorial.org & designboom
Snohetta was the firm commissioned to complete the 9/11 Memorial at Ground Zero in New York, which recently opened to the public. The building is very geometric, featuring a reflective facade.

Inside the building are two shafts from the original World Trade Center buildings, which are prominent as one walks through the area. The coloring on the two pillars is rusted and old, creating an eery reminder of the time that’s past since the event, as well as the fact that it even happened. The building as a whole is shaped in an angled manner, ignoring any conventional rectangular shape. Because the structure is so distinct, it stands out from the surrounding buildings of downtown New York, which is exactly what many people want for this 9/11 Memorial by Snohetta.