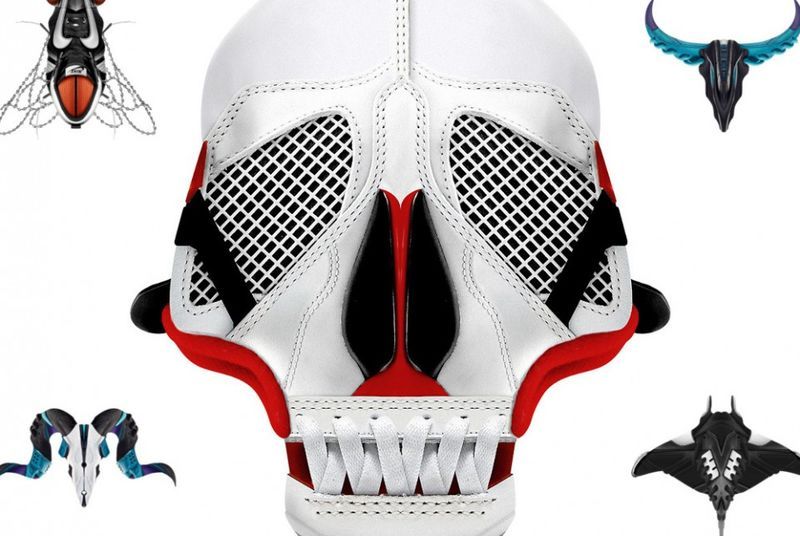 FILFURY Takes $2,000 Kicks and Cuts Them into Shapely New Designs

Cadhla Gray — September 14, 2015 — Art & Design
References: filfury & psfk
Share on Facebook Share on Twitter Share on LinkedIn Share on Pinterest
This British artist has the vision, and the guts, to transform $2,000 athletic shoes into intricate sneaker artwork. 'FILFURY' uses shoes like Air Maxes to Yeezy Boosts as artistic mediums, boldly cutting them up and transforming them into commentaries on pop culture and nature. His goal is to "re-purpose form and painting in contemporary textures," while his inspiration comes from growing up with 90s hip hop and the apparel that went along with it.

The designer has fashioned things like skulls using shoelaces as teeth to tie the mouth together. He enjoys creating nature-inspired animals, one of which is a wolf that uses the Nike swoosh as its collarbone and the high-top wings as its perky ears.

While sneaker artwork isn't an entirely new phenomenon, FILFURY is certainly one of few who uses expensive pop culture apparel as his preferred medium to chop up and refashion.
5.8
Score
Popularity
Activity
Freshness
View Innovation Webinars