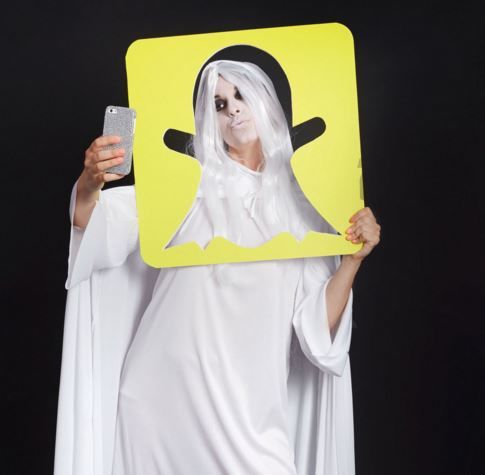 The Snapchat Ghost Costume Was Dreamed Up by Erica Domesek

Rebecca Byers — October 23, 2015 — Art & Design
References: cosmopolitan
Share on Facebook Share on Twitter Share on LinkedIn Share on Pinterest
This fun DIY Snapchat Ghost costume by Erica Domesek of P.S. I Made This for Cosmopolitan Online is a playful, Internet-inspired idea for Halloween 2015. In a series for Cosmopolitan, the DIY guru created a series of poignant pun-inspired costumes that also includes a Jurassic Park Ranger, Mer-maid and Ruby Red Riding Hood.

In order to create your own Snapchat Ghost costume, you will first need to acquire an old-fashioned sheet ghost costume, which shouldn't be too hard. Additionally, one will need a large yellow foam board, a marker, utility knife and phone case (to really send home the mobile theme).