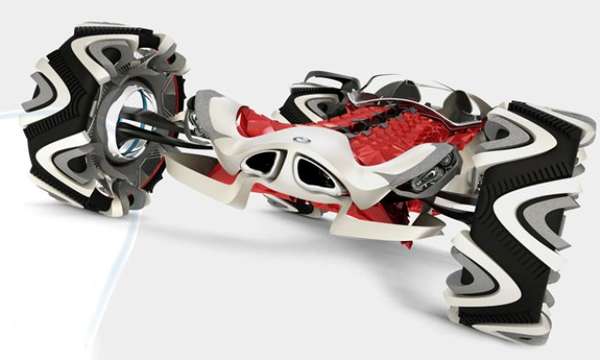 The Snake Concept Car is a Nonvenomous Roadster

The Snake concept car can seat two, and is designed like a roadster. All comparisons to a normal car end there, as the Snake's body and capabilities are like nothing ever seen before. This car can bend and contort, just like a real serpent slithering its way through traffic. When parking, the car can fold up, just like a snake curls up into a ball. The vehicle is designed with a noticeable lack of a trunk, but that issue is remedies by the snake's ability to hold luggage in its body. Like a real snake, this vehicle's body is able to expand when you put stuff inside of it. He's car is equal parts creepy and creative.
2.6
Score
Popularity
Activity
Freshness
Jeremy Gutsche Keynote Speaker