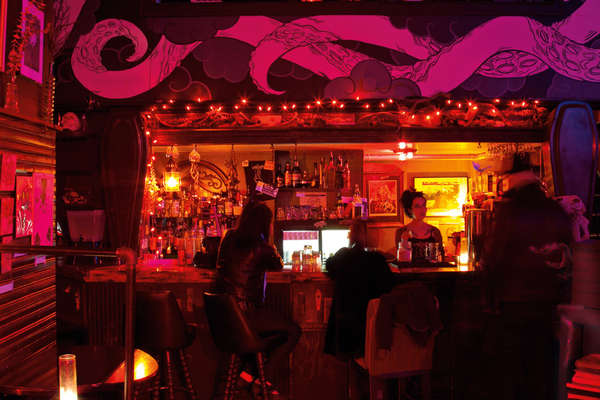 In true pirate fashion, Smuggler's Cove also offers a happy hour every single day from 5-6. The bar encourages heavy drinking and a bootlegger attitude. In other words, Smuggler's Cove encourages patrons to drink as if they might suddenly be busted by a group of alcohol-hating police officers.

The bar's decor channels a fun nautical atmosphere. A heavy emphasis on wooden planks and heavy rope, combined with the bar's low lighting leads to a sneaky pirate feel. Once inside, customers of Smuggler's Cove might feel every bit the adventurous pirate with a taste for exotic rums.
1.9
Score
Popularity
Activity
Freshness
Get Better and Faster