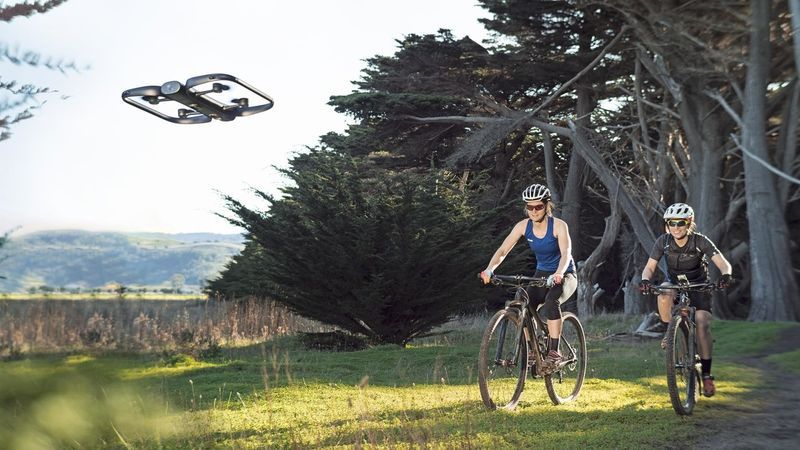 Justin Lam — February 15, 2018 — Tech
References: theverge & engadget
Share on Facebook Share on Twitter Share on LinkedIn Share on Pinterest
The Skydio R1 is a autonomous drone whose sole purpose is to record the person it's following. While autonomous features exist in most commercially available drones, the Skydio R1 is taking the technology a step further with improved following capabilities. Designed and built by a team of former-MIT-engineers, the R1 relies on 13 cameras placed throughout the drone, as well as the same NVIDIA Jetson chip used in self driving cars. The drone is controlled through an app, but the device does not contain any manual control features. Users simply need to launch the drone, pick the filming target and watch as the drone follows all movements of the subject.

Rather than using GPS, the Skydio R1 relies on its cameras to generate navigational information in real time. The use of these cameras allows the drone to make quicker decisions and gives it indoor flight capabilities. The R1 may not have the highest speed of any drone -- coming in at a top speed of 20 mph -- but it is fast enough to keep up with runners and bikers, making the drone perfect for most outdoor activities.