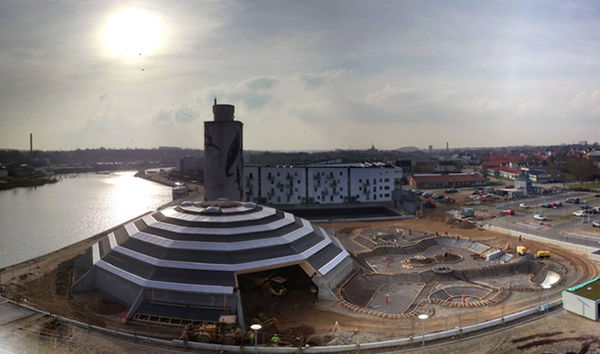 The park is set right by the water, which creates quite a scenic setting for those hanging out and relaxing in SkateCity. The domed section also adds to the skyline in the area, as it's a distinctive architectural design. Green roofing will also be used to cut down on the amount of energy used, and overall helping to reduce carbon emissions in the area. What's more is that the outside skate area is integrated with the dome, with skate sections going right up the side of the walls.