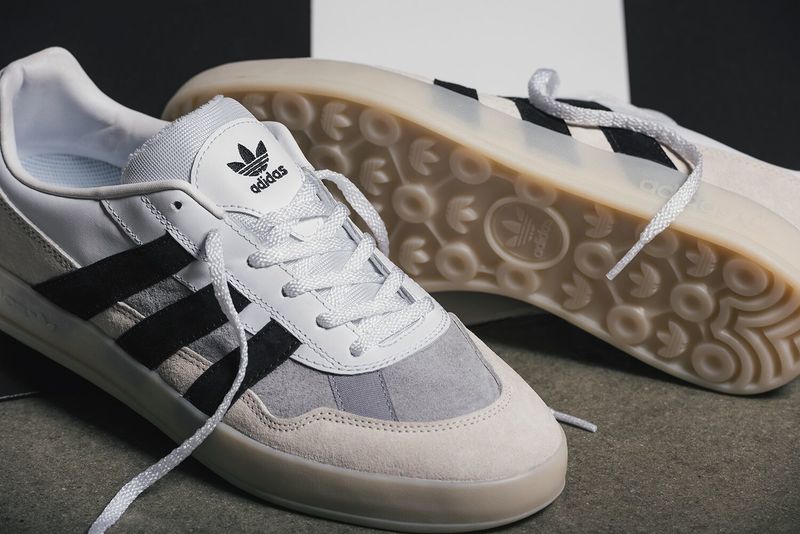 Kalina Nedelcheva — August 14, 2018 — Fashion
References: adidas
The Aloha Super is a pair of skateboarding footwear that is launched by adidas to celebrate Mark Gonzales' 20-year partnership with the label's imprint. The model honors both the pro skater's professionalism and contributions to the skating community, as well as his dedication to fine art. The silhouette of the Aloha Super is derived from the adiStar Fencing shoe that was worn by Gonzales during his ground-breaking performance at the Städtisches Museum in Abteiberg, Germany. The artistically expressive event, originally presented in front of an audience in 1998, is an iconic instance of street culture's integration into the world of fine art.

The newly released skateboarding footwear looks to commemorate this anniversary. The model boasts a combination of nubuck and leather for the upper, which is reinforced to deliver the highest quality of performance.
6.1
Score
Popularity
Activity
Freshness