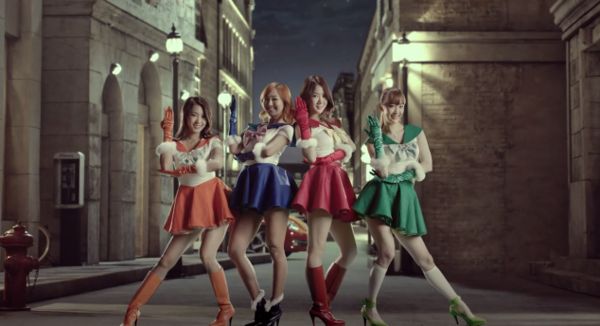 Dubbed 'Sailor Stars,' this parody version of the Sailor Scouts doesn't fight villains or try to save the world, but rather dances and sings. In the commercial, the four members of Sistar are dressed in dazzling uniforms like the characters from Sailor Moon normally wear, but are no less still recognizable as the uniforms worn by the characters, even matching the same colors. The music that Sistar or 'Sailor Star' sings will be instantly recognizable to fans of the series as being the theme song to Sailor Moon.

While I'm not sure I understand exactly what the commercial is about, it's still incredibly fun and nostalgic nonetheless.
3.2
Score
Popularity
Activity
Freshness
View Innovation Webinars