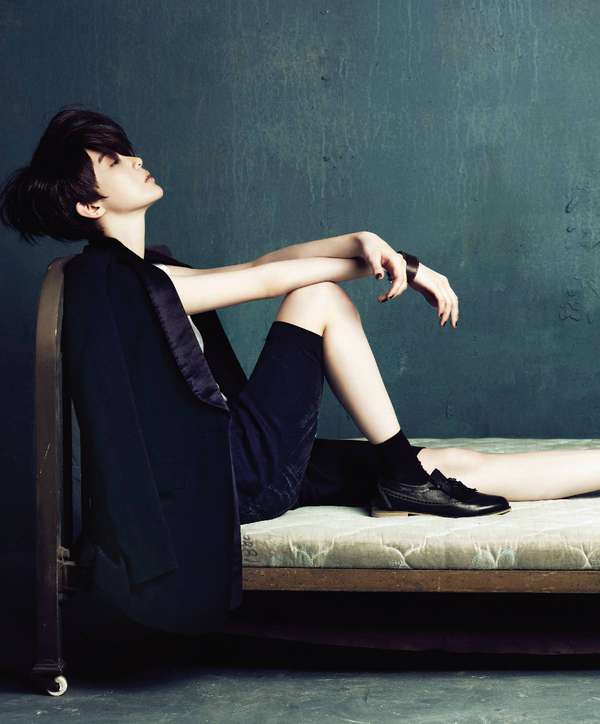 Jordy E — June 9, 2012 — Pop Culture
References: thesingle.co.kr & mode.newslicious.net
The Singles Korea June 2012 'The Boy' editorial brandishes an androgynous subject throughout. Model Kang Min Kyung is found here with a cropped coif and minimal makeup, and if it were not for her soft features, many would easily believe her to be of the male gender.

The Boy editorial was taken by photographer Kim Youngjun. Just as the title suggests, Youngjun has played up on male appearances and sentiment, showcasing Kyung within a dark blue bedroom looking rather self-assured. Stylist Jung Min Kang aided in the portrayal of this gender-bending production via her professional selection of fedoras, ties, oxford shirts and a full on suit.

The harmonization here between Kyung, Youngjun and Kang all reflect their agreement upon the manly motif, breaking down societal barriers and fashion faux pas.

Quirky Jock Editorials
The Patsy, Pally, Pill and Pip Shoot from the Nordic Man is Comical