Renegade US Soldiers Use Tank to Crush Iraqi Car 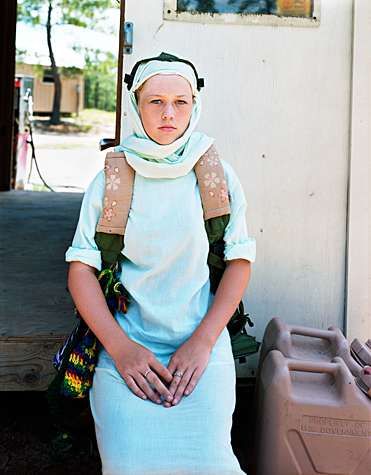 Beckett notes that these simulated locales are made as realistic as possible, “including use of the Arabic language, culturally specific costumes and objects, pyrotechnics, fake blood and a built environment meant to replicate Iraqi towns.”

Through her photography, Beckett poses the questions, "Who are the 'good guys,' and who are the 'bad guys?' Who is a real Iraqi, and who is a fake insurgent?"

At the end of the day, these simulated spaces might be fake, but the actions that follow in Iraq are very real…
1.4
Score
Popularity
Activity
Freshness
Jeremy Gutsche Keynote Speaker