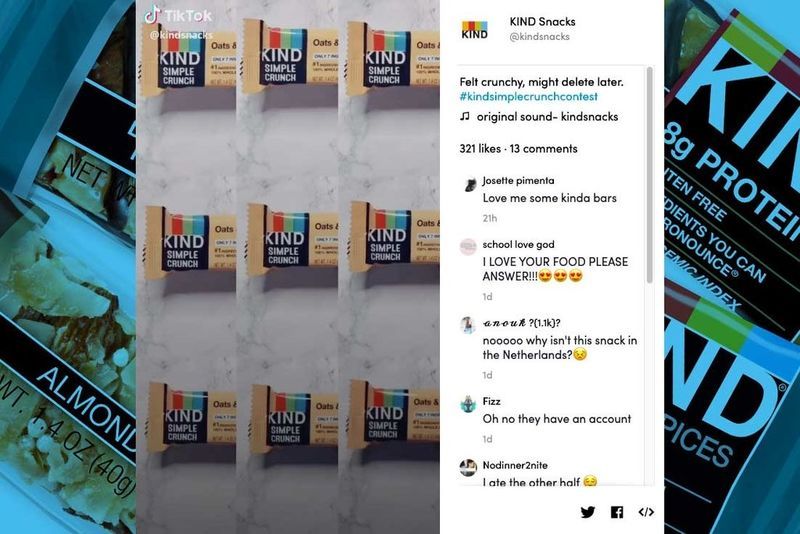 Daniel Johnson — November 13, 2019 — Lifestyle
References: kindsnacks & adage
Share on Facebook Share on Twitter Share on LinkedIn Share on Pinterest
Kind launched a TikTok campaign for its Simple Crunch Bars. The campaign lasted three weeks and it entailed users posting videos of the product using #kindsimplecrunchcontest for promotion. Users also had the ability to add a custom sticker to their videos.

Kind also ran a promotion where the user who had the most plays on their video would receive a trip to New York, as well as a year's supply of Kind's Simple Crunch Bars. The Kind VP of digital marketing, Jessica Goon, stated that the campaign received 18 million views in the first 24 hours. Jessica Goon spoke on the campaign as well as the company's strategy, "It’s about leaning into the trends and using the sounds and doing what the community is doing.”

In order to promote the campaign, Kind also collaborated with influencers on the TikTok platform, including Zach King, Rachel Ryle, Oven Mom and more.