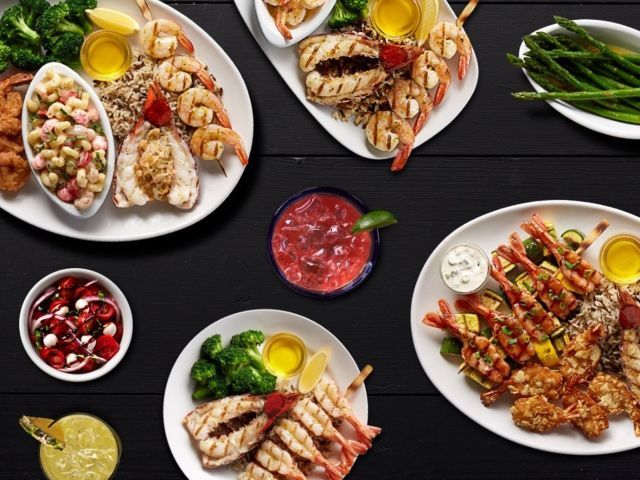 As part of the expansion of its Lobster & Shrimp Summerfest menu, Red Lobster is introducing new items for the 2017 season, including a Coastal Lobster and Shrimp dish, which is made up of "kettle chip-crusted shrimp" that's served with a green onion dip, grilled wild-caught red shrimp, barbecue sauce, grilled lobster tail, rice, grilled zucchini and squash.

Similarly, the Cape Cod Shrimp and Chips is another new dish on the menu that will also serve a variation on the Cape Cod kettle chip-crusted shrimp, which is also paired with a green onion dip, fries and coleslaw.
2.8
Score
Popularity
Activity
Freshness
Get Trend Hunter Dashboard