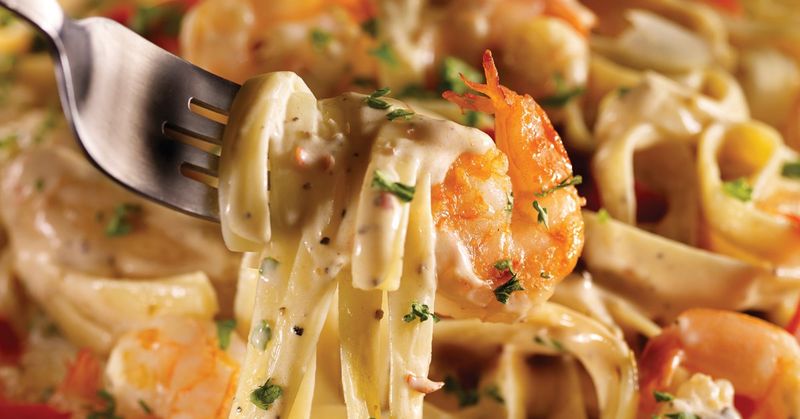 Katherine Pendrill — September 25, 2019 — Lifestyle
References: facebook & fastfoodpost
TGI Fridays could be giving Red Lobster a run for its money with the debut of the chain's new Shrimp and Lobster Pasta. As if that weren't exciting enough, the chain is also expanding its Whiskey-Glazed lineup with a new Whiskey-Glazed Chicken & Crispy Shrimp dish.

TGI Fridays' new Shrimp and Lobster Pasta is a fully-loaded seafood dish. The whole thing starts with a bed of warm fettuccine noodles, which are tossed with Alfredo sauce, Parmesan and Romano cheeses, shrimp, langostino lobster, bacon, tomatoes, and green onions. The pasta is then topped with Parmesan bread crumbs and parsley, and served with a warm garlic breadstick. Certainly on the indulgent side, the new dish is the perfect way to transition from summer seafood dishes to warm fall comfort food.