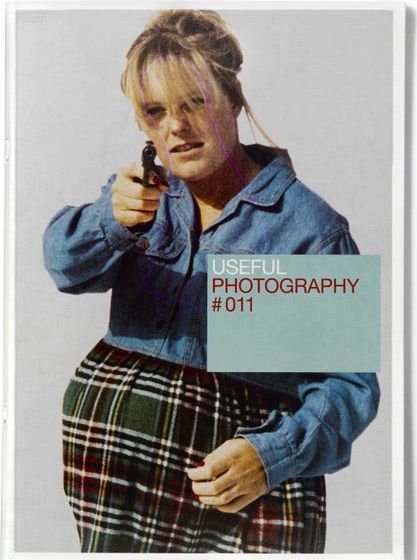 Meghan Young — July 11, 2014 — Pop Culture
References: kesselskramerpublishing & fastcoexist
Share on Facebook Share on Twitter Share on LinkedIn Share on Pinterest
The United States is infamous for their controversial gun laws and now a series of shooting targets will make people question the country's stance yet again. Pulled together for the #011 issue of Useful Photography, a magazine based in Amsterdam, the Netherlands, it reflects on the history of shooting targets used by American gun ranges.

Inappropriate, to say the least, some of the shooting targets depict pregnant women and children holding guns as well as terrifying hostage situations. Useful Photography publisher Eric Kessels says, “Our biggest question on the topic was what scares a nation--gunman who hold children ransom or infamous terrorists? In this age of high impact gun crime, are the participants seeking protection or accelerating the violence?” Anonymous silhouettes have been replaced by lifelike characters that put a face to victims and criminals alike.
5
Score
Popularity
Activity
Freshness
Get Better and Faster