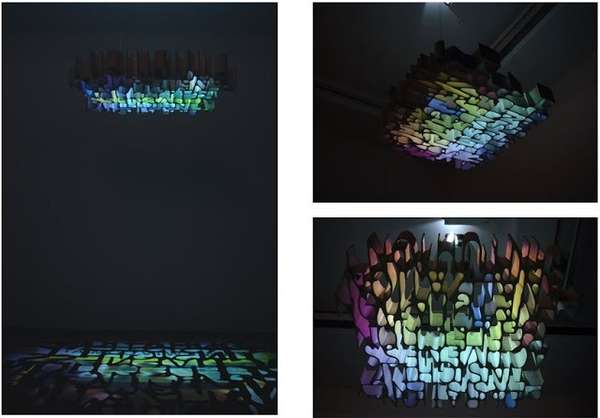 Meghan Young — November 1, 2012 — Art & Design
References: geumcheon.blogspot.kr & theverge
Share on Facebook Share on Twitter Share on LinkedIn Share on Pinterest
Shin il Kim, a media artist based in Seoul, South Korea, has decided to manipulate television ads in an attempt to distort their intended meaning in a way that gives them new meaning. His work essentially promotes a more active form of information consumption, one with an artistic twist.

One of Shin il Kim's installations, titled Active Anesthesia-the Full of Square, displays commercials on one side and shows distorted images and shapes of the sames ads on the other. Through the mystification of glowing abstractions and familiar shapes, Shin il Kim invites his audience to reinterpret the commercials in whichever way they want. On the other hand, Duration to Intuition projects images through sculpted letters in order to present an alternative and less passive way to experience advertisements.
5.1
Score
Popularity
Activity
Freshness
Get Better and Faster