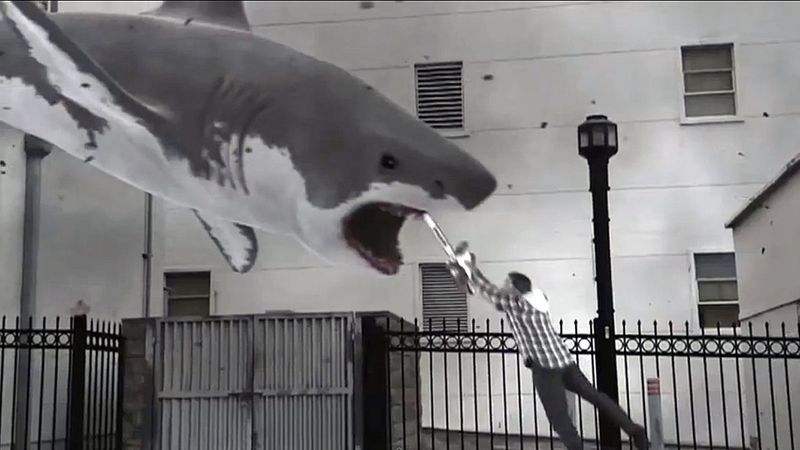 Alyson Wyers — July 10, 2014 — Tech
References: mashable
To amp up the release of Sharknado 2, Syfy will also be launching a Sharknado video game at the same time. So if you actually just cannot get enough of the ridiculous disaster movie, this will be extremely good news.

The premise of the game is that you are a runner being pitted against various shark-infested tornados loose in New York City. Players can bounce off a variety of shark species and will be equipped with a broadsword. You even have the ability to launch yourself into the very heart of the shark tornado armed with a chain saw, just like the first movie. Similarly, its essence will also be over-the-top "yet oddly sincere."

The Sharknado video game is being developed by Other Ocean and published by Majesco Entertainment.
3.3
Score
Popularity
Activity
Freshness