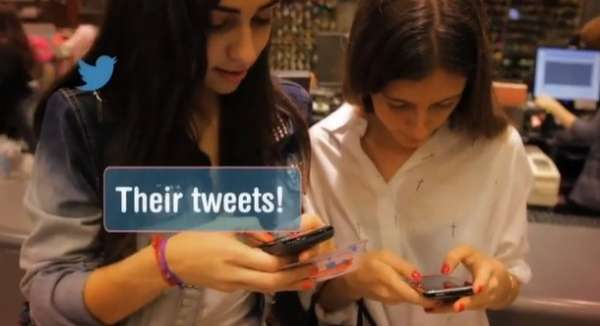 The 'Share a Tweet' campaign was developed in part by students at a local advertising school, Escuela Superior de Creativos Publicitarios, and it provided friends with the ability to share tweets about the accessories and fashion items they discovered while shopping at Todomoda. For example, using the special platform, one friend could start the Twitter message and the other one could finish it. The message would only appear on Twitter after both people made their contributions. According to the agency, the campaign was seen by over 2.3 million Twitter users, effectively reaching over 570,000 users.