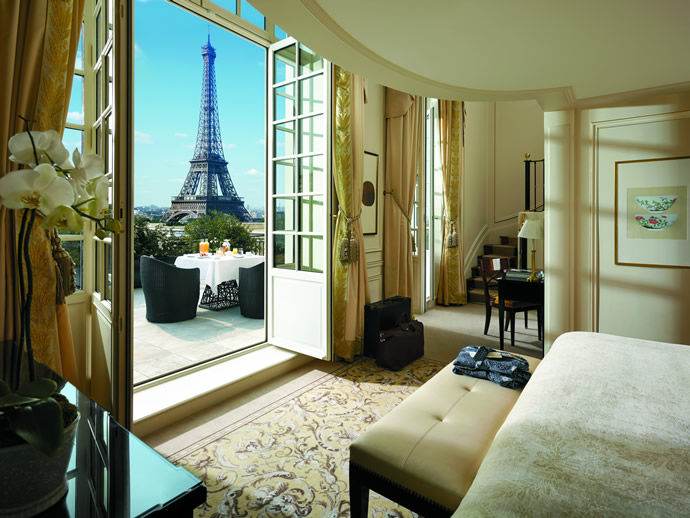 The Shangri-La Hotel Paris is Now Recognized with Palace Status

Laura McQuarrie — July 15, 2014 — World
References: shangri-la & luxurylaunches
Share on Facebook Share on Twitter Share on LinkedIn Share on Pinterest
Four years after its opening, the Shangri-La Hotel, Paris has been granted 'Palace Status,' which is granted to 5-star hotels that embody French excellence. The hotel was constructed for French aristocracy way back in 1896 by Prince Roland Bonaparte, giving the hotel tons of character throughout the decades. From 2006 to 2010 the hotel underwent a refurbishment and now the hotel is listed among France's historic monuments.

The hotel was chosen by the France Tourism Development Agency Atout France for its history, as well as the way it continues to be run today. The General Manager of Shangri-La Hotel Stefan Bollhalder describes that the hotel "ensure[s] our clientele’s well-being, under the guidance of the five key values of Shangri-La: humility, respect, courtesy, generosity of heart and sincerity."
6.2
Score
Popularity
Activity
Freshness
Jeremy Gutsche Keynote Speaker