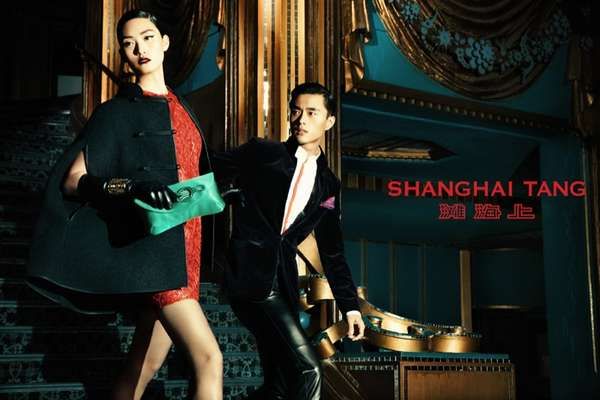 Meghan Young — August 30, 2013 — Fashion
References: shanghaitang & fashiongonerogue
Share on Facebook Share on Twitter Share on LinkedIn Share on Pinterest
Once again, model Lina Zhang reprises her role as the face of the Shanghai Tang Fall 2013 ad campaign. As elegant a muse as any, she fits the style of the urban sophisticate brand with ease. Like the Spring 2013 ad campaign, the photoshoot is shot at night in what appears to be an ornate hotel setting.

The Shanghai Tang Fall 2013 ad campaign was shot by photographer Richard Bernardin with creative direction by Raffaele Borriello. The Chinese beauty, who stars alongside male model Zhao Lei, was outfitted by stylist Franck Benhamou of Numero, who made sure to highlight the sleek silhouettes and ornate prints of the autumn collection. The glam looks were perfected by makeup artist Christelle Coquet and hair stylist Laurent Philippon.
3.7
Score
Popularity
Activity
Freshness
View Innovation Webinars