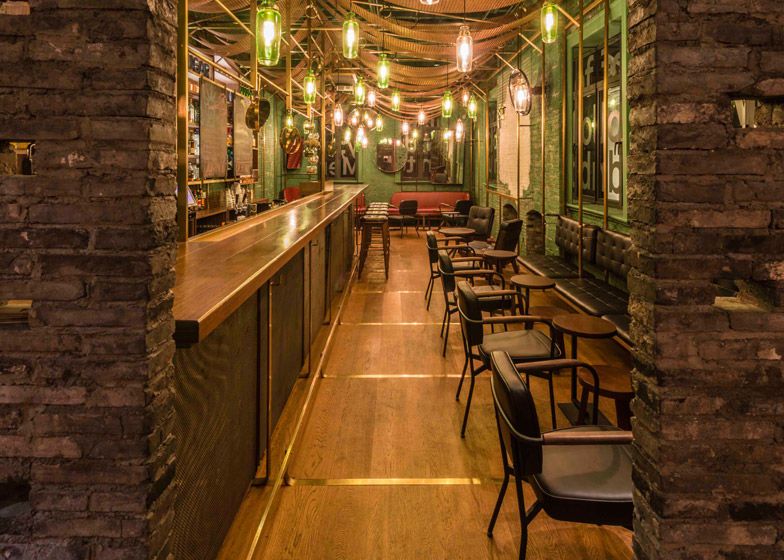 Rebecca Byers — April 6, 2015 — Art & Design
References: en.neriandhu & dezeen
Share on Facebook Share on Twitter Share on LinkedIn Share on Pinterest
Steeped in nostalgic references to the city's past, this Shanghai Punch bar is an establishment specializing in one drink (its namesake) and the history of that drink. Punch is a glowing, timber-clad establishment located in Shanghai with an entrance made to resemble an alleyway.

Punch, which originates from a Sanskirt word for five, was named for its five traditional ingredients; alcohol, sugar, lemon, water and tea or spices. Given that punch was a popular sailor's drink first and then later served to the upper class at social events, the space unites these two histories.