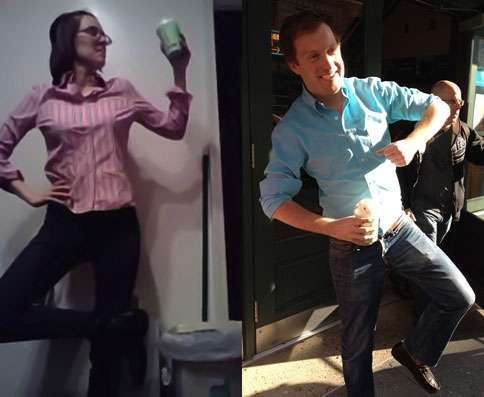 Josh Mears — March 16, 2012 — Pop Culture
References: twitter & adweek
Share on Facebook Share on Twitter Share on LinkedIn Share on Pinterest
Late last year, the Internet sensation ‘Tebowing’ became a worldwide phenomena, and #Shamrocking hopes to follow in its footsteps. #Shamrocking is the latest manufactured posing trend and is reminiscent of planking, owling and Jolieing. #Shamrocking consists of the subject purchasing a Shamrock shake from McDonald’s and doing an Irish jig pose with said shake in hand.

#Shamrocking hopes to garner more fan fare than McDonald’s earlier attempt to captivate the Twitter stratosphere with #McStories. Their previous attempt was swiftly over taken with horror stories rather than uplifting ones. At the very least, #Shamrocking will get people to embrace their inner Irish in the days leading up to St. Patrick’s Day. The posing meme may be susceptible to humorous St. Patrick’s Day parodies, such as #Guinnessing. While the verdict is still out on #Shamrocking, what is certain is that McDonald’s is eager to embrace new venues to captivate fans.
2
Score
Popularity
Activity
Freshness
Get the 2023 Trend Report FREE