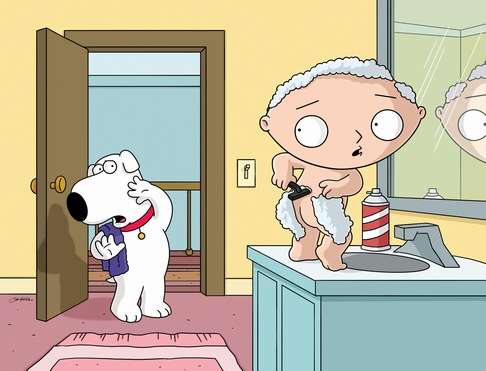 Per Seth MacFarlane, Stewie is Gay (or a Repressed Hetero)

According to the NY Daily News, this is what Seth MacFarlane had to say about Stewie:

We had an episode that went all the way to the script phase in which Stewie does come out, but we decided it’s better to keep it vague, which makes more sense because he’s a 1-year-old. Ultimately, Stewie will be gay or a very unhappy repressed heterosexual. It also explains why he’s so hellbent on killing [his mother, Lois] and taking over the world: He has a lot of aggression, which comes from confusion and uncertainty about his orientation.

It will be interesting to see Stewie’s development in upcoming episodes. In related news, Lois will also learn that she is Jewish due to her accent. “Watch this season!” he says. “Lois finds out she is, in fact, Jewish.” I’m looking forward to this season! Enjoy some funny Stewie pics above.
5.6
Score
Popularity
Activity
Freshness
Attend Future Festival Virtual