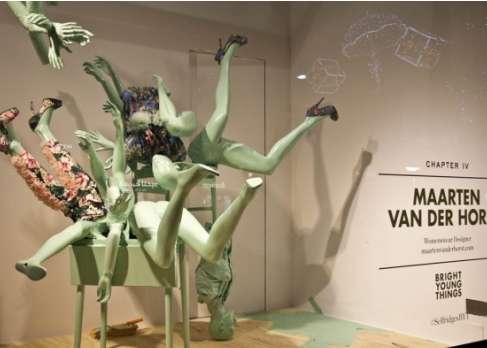 Katherinev123 — January 13, 2012 — Business
References: style.selfridges & psfk
Share on Facebook Share on Twitter Share on LinkedIn Share on Pinterest
In 2011, UK department store Selfridges launched a campaign to champion the work of up and coming British fashion designers through its store window displays. Now, the 2012 version of the Selfridges 'Bright Young Things' campaign is being launched again, and this time, it's bigger and better than ever.

The Selfridges 'Bright Young Things' campaign will feature 15 of the most talented UK-based designers spanning food, fashion, art and design. Each designer gets to completely transform a window from the the Selfridges' locations at Oxford Street and Duke Street to "communicate the essence of their work," says the retailer's blog. The Duke Street location will also showcase the work from another group of seven designers from the Future Map program at the University of Arts London.

The campaign will take place until the end of February, and consumers will get a chance to buy the designers' work from three pop-up stores in addition to Selfridge's website.
5.8
Score
Popularity
Activity
Freshness
View Innovation Webinars