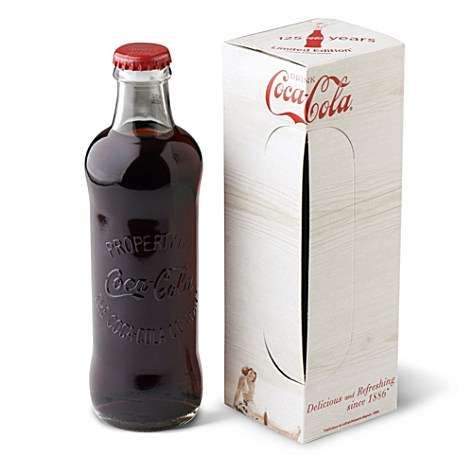 Selfridges Brings Back the Original 1886 Coca-Cola Bottle for Fans

If you're a big Coca-Cola fan, then you'll definitely want this in your collection. Selfridges recreated the original Coca-Cola bottle filled with the stuff you know and love. This is the very first bottle design that came out in 1886, and although it's not original, it makes for an amazing replica. The Coca-Cola bottle comes in an exclusive, limited-edition anniversary package that marks the iconic 125th year.

The good thing about the Selfridges vintage Coca-Cola bottle is that it only costs £1.99! Making this awesome bottle part of your collection shouldn't break the bank, so buy two so you can have one to drink.
3.3
Score
Popularity
Activity
Freshness
Get Trend Hunter Dashboard