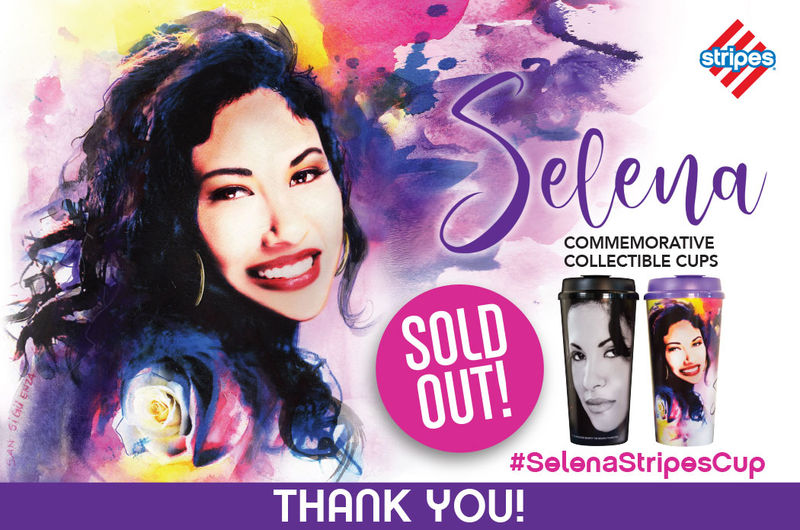 Katherine Pendrill — April 9, 2018 — Pop Culture
References: stripesstores & thedailymeal
Share on Facebook Share on Twitter Share on LinkedIn Share on Pinterest
To honor the late Mexican-American singer Selena Quintanilla, the American convenience store chain Stripes has created limited-edition Selena Quintanilla cups. Not only are the new tumblers a great collectible for fans, but sales of the cups also help to support a good cause.

Starting on Saturday, April 7th, Stripes locations in Texas and Louisiana will be selling two new BPA-free collectible 'Queen of Tejano' tumblers. The Selena Quintanilla cups were created in collaboration with late singer’s sister, Suzette Quintanilla, and one features a colorful watercolor painting by the New York-based artist Santi Siguenza. The same painting is also the logo for the upcoming Fiesta de La Flor music festival, which celebrates the legacy of the singer. Best of all, a portion of the cup sales will go towards the Selena Foundation, which is a nonprofit organization that helps children in need.