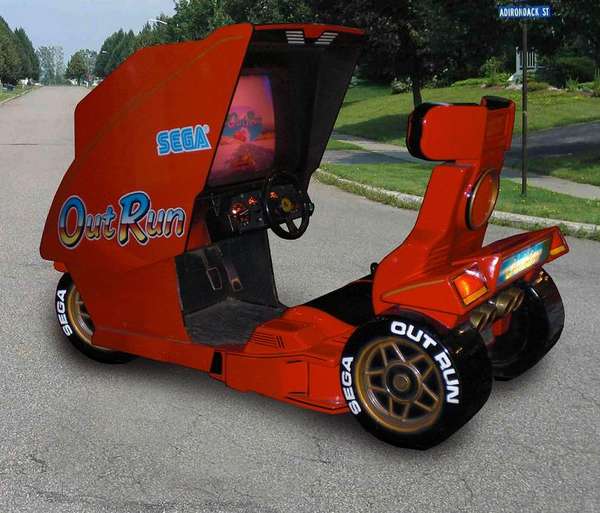 TopDog — November 12, 2009 — Autos
References: conceptlab & autoblog
There may never be a shortage of nerdy gamer innovations, but among the most impressive that I have seen lately is the Sega Outrun car. Created by arcade game enthusiast Garnet Hertz, the classic arcade cabinet is really drivable.

The Sega Outrun car is a result of the fusion of a classic game console, and modern technology including an iPhone, an electric scooter, and GPS software which displays real-time mapping rendered to look like the original game.

Implications - The Sega Outrun Car real-time mapping feature is impressive. Just like Google Maps, you can use the map to place your vehicle in a live-action setting.
3.6
Score
Popularity
Activity
Freshness