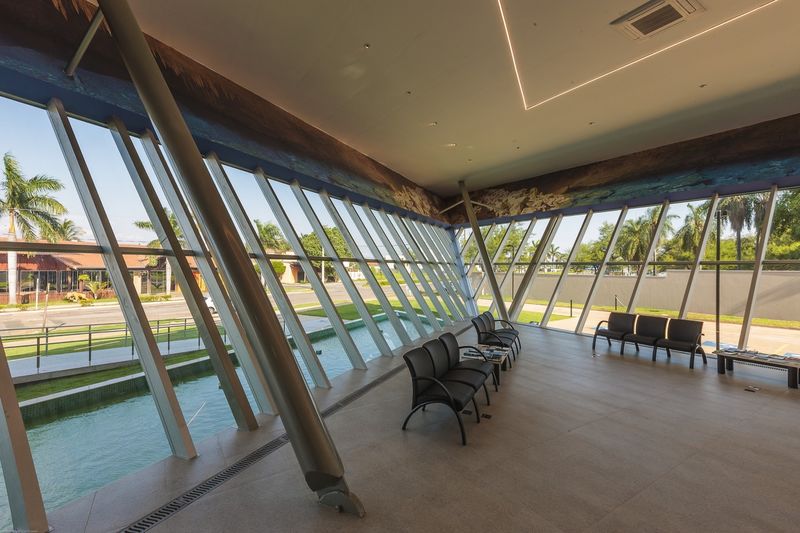 The Sebrae Bonito Headquarters Juts Out at Aggressive Acute Angles

Joey Haar — November 3, 2016 — Eco
References: decamillo.br & archdaily
Share on Facebook Share on Twitter Share on LinkedIn Share on Pinterest
The new Sebrae Bonito headquarters in Bonito, Brazil, has an aggressively sharp triangular design that betrays its purpose as a company that fosters the growing industry of ecotourism in the region. Nonetheless, the building's design, which was created by Gil Carlos de Camilo, is striking enough to pull people toward that noble endeavor.

When viewed from overhead, the Sebrae Bonito building forms a perfect equilateral triangle. While such a shape is already sharp, the base of the building is smaller than the roof, causing the walls to jut outward as they rise. This expansive feature serves to exaggerate the incision of the building's lines.

Though aggressive in appearance, Sebrae Bonito stayed true to its ecological roots in construction. For instance, the structure is made predominantly from trusses and metal pillars to limit the environmental impact of its materials.
2.3
Score
Popularity
Activity
Freshness
Access Advisory Services