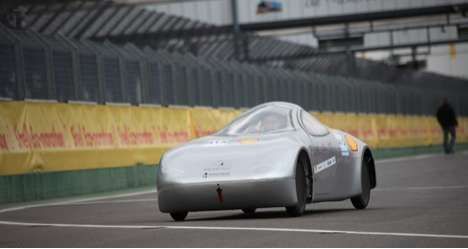 Range anxiety is a term introduced whenever one discusses the feasibility of electric vehicles -- and it's a valid concern! With so few charge stations outside California, Washington and New York, a road trip beyond your state borders is unlikely. Fortunately for the eco-minded, an applied sciences team from Offenburg, Germany just broke the world record for longest single-charge drive in an EV -- the Schluckspecht drove 1,000 miles.

That's the equivalent distance from Portland in the Pacific-Northwest region to San Diego, which is on the U.S.- Mexican border! Not only is this a world record, it's an encouraging development in the world of electric vehicles.
2.8
Score
Popularity
Activity
Freshness
Attend Future Festival

Two-Way Vehicle Chargers
The Nissan Leaf Will Power Your House