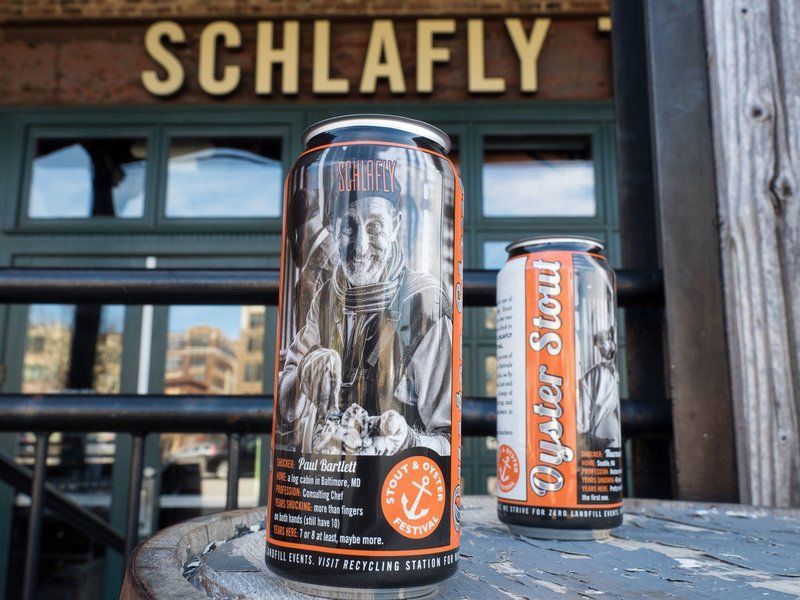 Schlafly Beer is Releasing Its Oyster Stout in Limited-Edition Packaging

Laura McQuarrie — March 19, 2018 — Lifestyle
References: schlafly & foodandwine
Share on Facebook Share on Twitter Share on LinkedIn Share on Pinterest
Inspired by baseball cards, Schlafly Beer will be releasing limited-edition, collectible cans for its Oyster Stout, which will be launching for the upcoming annual Stout & Oyster Festival. This is an event that is becoming recognized as a top food and beer festival, where one can experience live music, sample from multiple oyster bars and enjoy Schlafly beer.

As the 2018 celebrations are set to be the largest in the brewery's history, the 19th annual event will spotlight some of the people who have played a key part in the success of the event over time, including those who have participated in the festival since its first year. The Schlafly Oyster Stout cans highlight "StarShuckers," including chefs, oyster farmers and seafood suppliers, encouraging a greater connection between consumers and the people who often work behind the scenes.