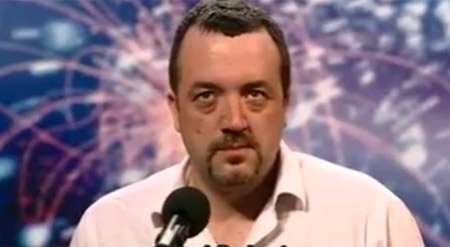 Is the Charmingly Shy Delivery Guy on 'Britain's Got Talent' a Fraud?

Kari Bauce — May 12, 2009 — Pop Culture
References: mirror
Share on Facebook Share on Twitter Share on LinkedIn Share on Pinterest
On the May 2nd episode of Britain’s Got Talent, Welsh van driver and pizza delivery guy Jamie Pugh took to the stage and belted out a version of 'Bring Him Home' from ‘Les Miserables’ that brought the crowd to its feet and the judges to their knees. The audience found his story all the more heartwarming when he was (seemingly) so taken aback by their response and claimed to suffer from crippling stage fright that had never allowed him the opportunity to sing in front of a large audience before.

Turns out it may be crap. Or at least a little bit. Claims have been made that in 2006 Jamie Pugh was part of an ensemble performing songs at the 1200 seat ‘Her Majesty’s Theater’ in London’s West End. UK sports betting outfit William Hill is currently running 7/1 odds that Jamie will get booted from the show. The clip from his performance on the show is not available to embed, but you can watch it here
0.7
Score
Popularity
Activity
Freshness
Get Better and Faster