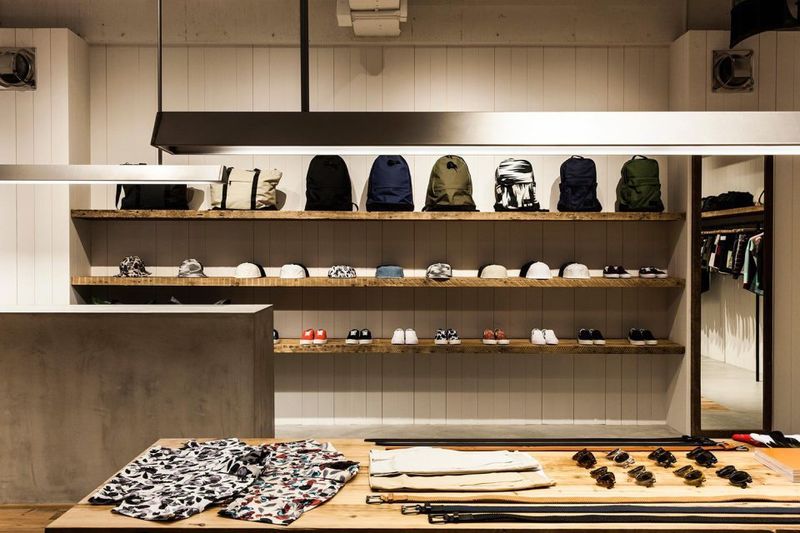 Rebecca Byers — April 7, 2015 — Fashion
References: saturdaysnyc & selectism
Share on Facebook Share on Twitter Share on LinkedIn Share on Pinterest
The new Saturdays Surf Osaka Flagship store is a stunning timber-filled shop that brings more of the brand's laid back surf lifestyle. The fourth Saturdays NYC retail location in Japan following the original and a second in New York, the Osaka flagship is actually the largest to date.

While its other locations have come to be known for its coffee shops, the Saturdays Surf Osaka flagship store includes a next level cafe peddling good brews and baked goods and sandwiches. Once you've grabbed a bite to eat, you can peruse the wares, clothing, accessories and selection of surf magazines.

While Osaka may seem like a reach for niche surf brand, the same thing could be said about New York City, where Saturdays' laid back shops have become an institution.
4.6
Score
Popularity
Activity
Freshness
Get Trend Hunter Dashboard