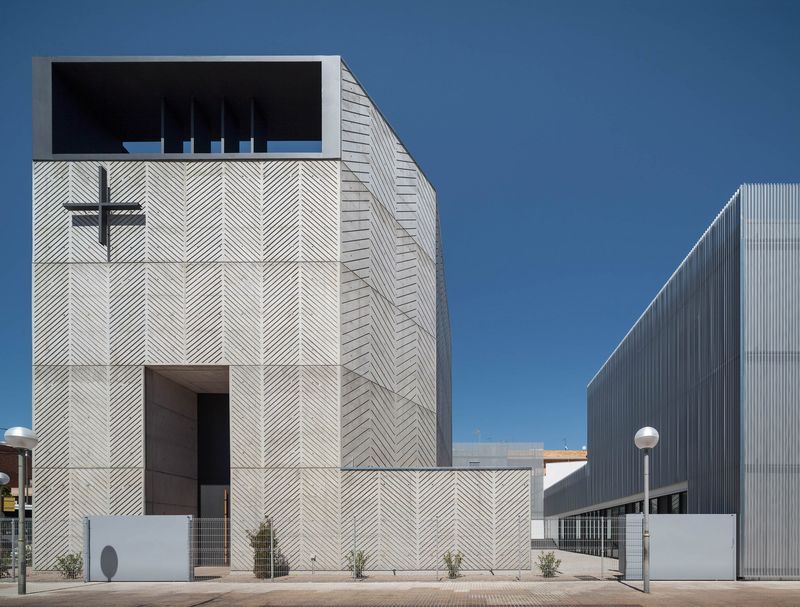 The Church of Santa Maria Assumpta has a Modern Design

Joey Haar — May 4, 2017 — Art & Design
References: gimeno-guitart & dezeen
Share on Facebook Share on Twitter Share on LinkedIn Share on Pinterest
To many, religion represents traditional stasis, but for centuries religion was the driver behind artistic advances, and the Santa Maria Assumpta church in Tarragona, Spain, is an example of just that. The church has a distinctly modern design, with a blocked, angular shape covered in concrete and printed with a herringbone pattern.

Santa Maria Assumpta's herringbone facade is ideal for the structure's shape. Because the church's walls diverge from one another at irregular angles, the simple zigzag cuts emblazoned onto the slabs appear to take on different qualities no matter where one stands around the outside of the building.

The parish center surrounding the church also has a variable facade, as the ell-shaped building is covered in tightly spaced aluminum louvres that limit the ability to see inside.
1.8
Score
Popularity
Activity
Freshness
View Innovation Webinars