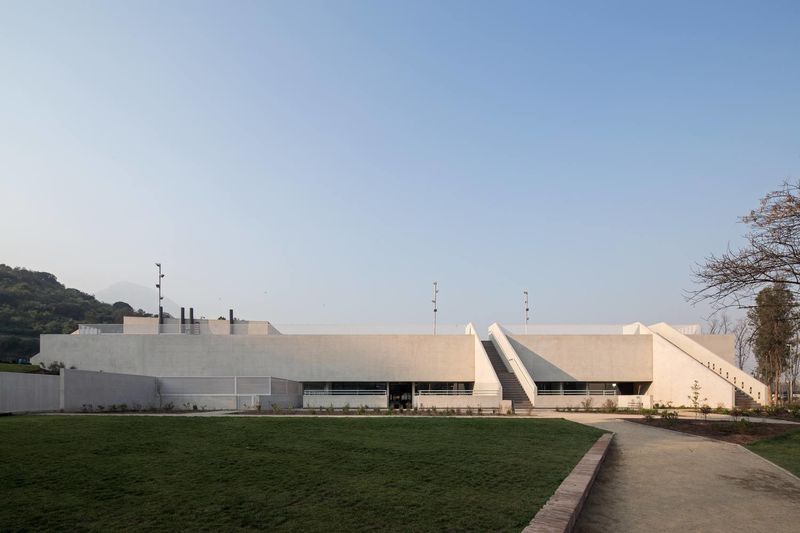 The Saint George College Gym Has a Low-Slung Horizontal Layout

Joey Haar — April 27, 2017 — Art & Design
References: archdaily
Share on Facebook Share on Twitter Share on LinkedIn Share on Pinterest
Brute force is a positive quality in athletics, and brutalism is a highly esteemed school of architectural thought, so the Saint George College gymnasium is on good ground no matter what. The facility, which is located in a neighborhood on the outskirts of Santiago, Chile, features a strong, sturdy, and sharp concrete structuration that Saint George College's athletic department will try to impart upon the students who compete within it.

Saint George College was built in the 1970s, a time when brutalism was in full swing among the architectural intelligentsia. Many of the buildings on campus are constructed in that historical style, and thus the gymnasium fits in seamlessly (despite having been built in the present day, when brutalist buildings are far less common.)
3.4
Score
Popularity
Activity
Freshness
Jeremy Gutsche Keynote Speaker