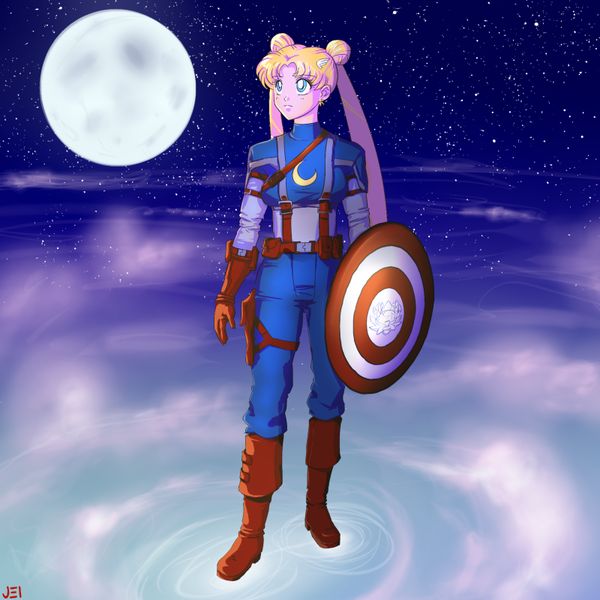 Though one would not be at fault for being skeptical at the prospect of pairing Japanese celestial heroines with that of American comic book superheroes, Jei-Shepard nonetheless expertly blends the two seemingly incompatible properties. Casting the brainy Sailor Mercury as Iron Man, Sailor Jupiter as Thor, Sailor Mars as Hawkeye, Sailor Venus as Black Widow and Sailor Moon as Captain America, Jei-Shepard matches each Sailor Scout with their Avengers counterpart.