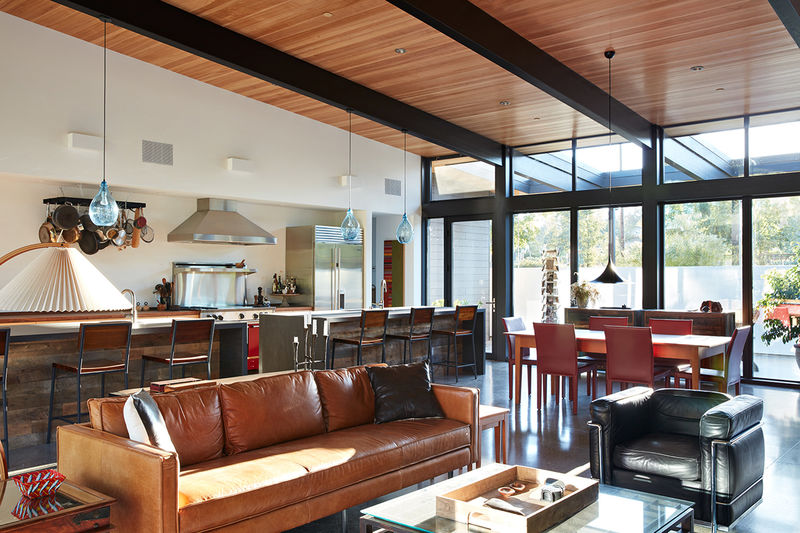 Joey Haar — March 30, 2017 — Art & Design
References: dezeen
Share on Facebook Share on Twitter Share on LinkedIn Share on Pinterest
Sacramento Modern Residence, a home designed by US studio Klopf Architecture, takes advantage of its natural surroundings. Rather than drawing attention to itself, the home is designed to seamlessly blend with the Northern Californian environment, accentuating that beauty and encouraging those who look at it to see the home in the same light.

Sacramento Modern Residence is home to an older couple with grown children. It was built in the place of a former ranch home, though the bungalow has a far less opulent appearance in comparison. Situated in the somewhat rural suburb of Orangevale, it is surrounded by oak trees, an open field, and a seasonal creek.

The home itself features large, floor-to-ceiling windows that give occupants a view of the surrounding nature, wooden slats and posts around the facade, and a large deck area.
2.9
Score
Popularity
Activity
Freshness
Attend Future Festival Virtual