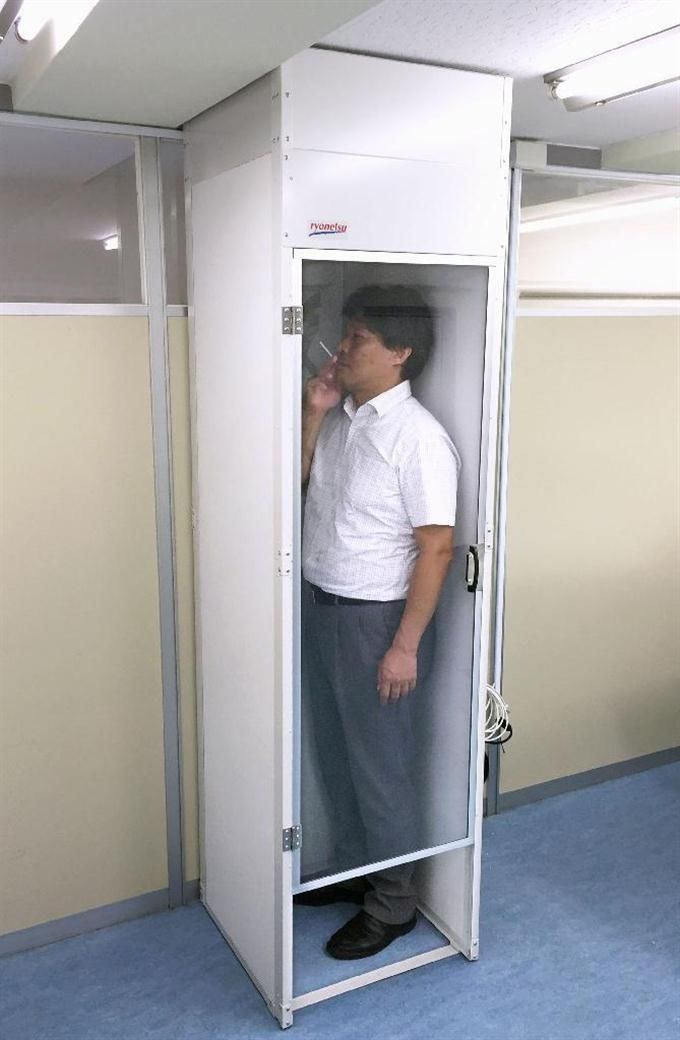 Ryonetsu Has Developed a Single-Occupant Smoking Booth for Office Workers

The smoking booths, which were originally noticed by Japanese news agency Sankei Shimbun, look similar to the phone booths of the 80s and 90s. They are small rectangular boxes with glass doors that fit a single person. However, rather than placing a call, Ryonetsu's booths let workers safely have a smoke.

The key to the system is its exhaust fans, located in the top of the pods. Any smoke that workers expel will be pulled into the office building's air system and safely deposited outside, leaving the interior of the office smoke-free. Beyond placing the pods in public spaces around the office, Ryonetsu recommends placing them in people's personal office, too.
5.8
Score
Popularity
Activity
Freshness
Get Trend Hunter Dashboard