Replica Feline Board Games
Next
Set of
Related
Ideas 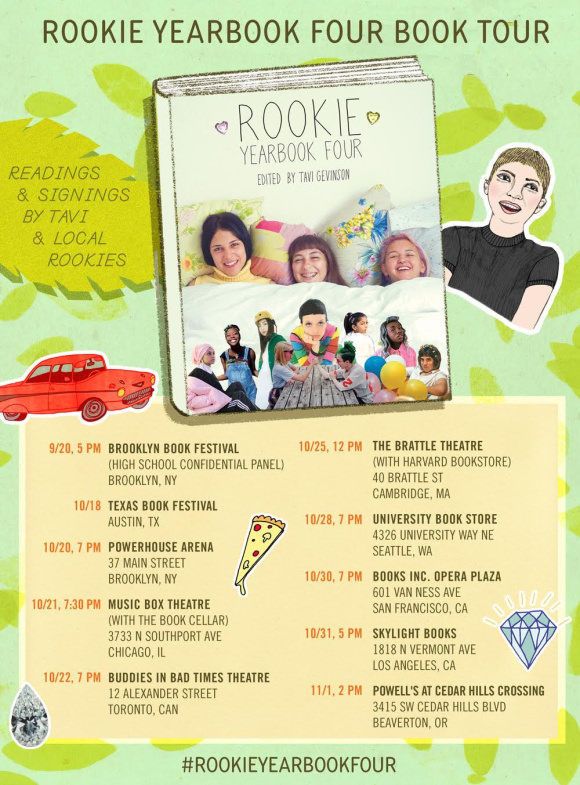 Jana Pijak — December 16, 2015 — Life-Stages
References: rookiemag
Share on Facebook Share on Twitter Share on LinkedIn Share on Pinterest
The Rookie Yearbook Four meet-up is a US-wide tour that encourages young girls to feel empowered. First gaining fame as a pint-sized fashion blogger at an early age, the magazine's editor Tavi Gevinson has grown up to be a feminist icon for young millennials and hopes to influence the next generation with her honest and compelling written content.

Tavi's latest book tour will feature signings and readings by the Rookie blog founder along with others by fans and subscribers. Tech savvy Gen Z members are not only exposed to more social media than any generation before them but are also socially conscious and politically aware despite of their age.

Whether fighting for sustainability, racial unity or gender equality, younger generations' interest in publications like Rookie make them aware of social issues while encouraging acceptance, empowerment and openness. The Rookie Yearbook Four meet-up will make stops in Seattle, Brooklyn and Austin among other cities and is an opportunity for the magazine's readers to connect with like-minded youth.
0.8
Score
Popularity
Activity
Freshness
Attend Future Festival