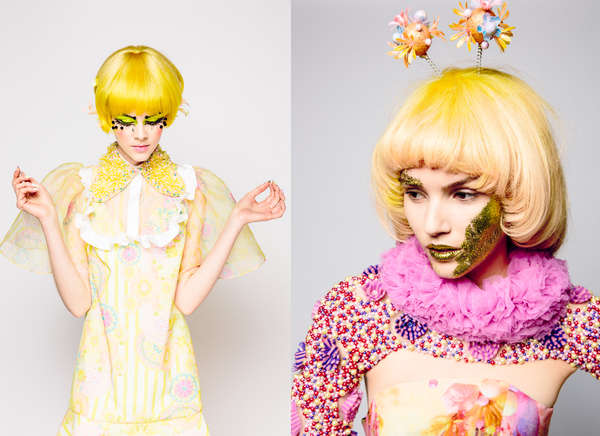 Meghan Young — May 9, 2013 — Fashion
References: boudist & stylebubble
Share on Facebook Share on Twitter Share on LinkedIn Share on Pinterest
The Romance was Born Mushroom Magic collection has been featured in a few ways already, but this series of backstage portraits really brings the whimsical and quirky designs to life. The models, who are particularly energized since they are just about to strut down the runway, are captured against a white backdrop, which helps to bring every colorful detail into focus.

Shot by Sydney-based photographer Dan Boud, who has been covering the brand since 2008, the Romance was Born Mushroom Magic backstage series was his first chance at getting up close and personal with the decked out models. By gaining such access, he gives fans and fashionistas to relive the atmospheric and magical show as well as Val Garland's extraordinary make-up and Alan White's mushroom wigs.
5.5
Score
Popularity
Activity
Freshness
Attend Future Festival Virtual