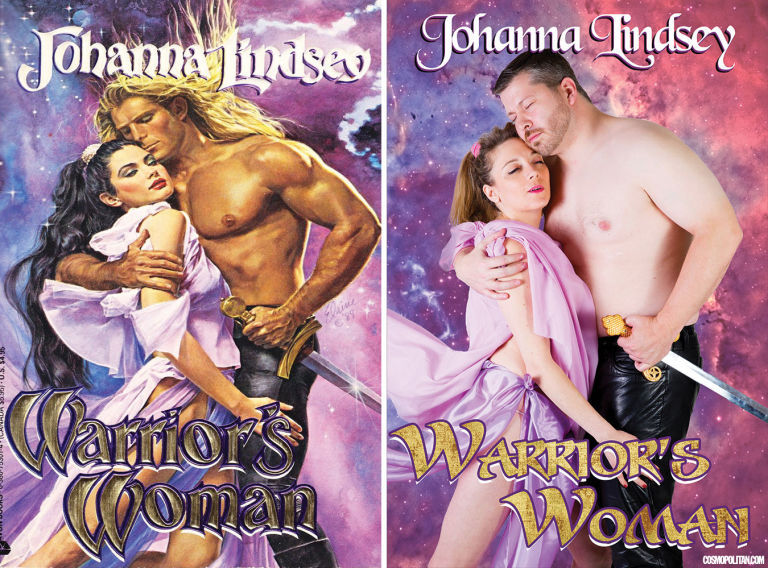 Meghan Young — November 24, 2014 — Pop Culture
References: cosmopolitan & refinery29
Share on Facebook Share on Twitter Share on LinkedIn Share on Pinterest
Some women dream that their lives could resemble the hot and heavy plots dramatically depicted on romance novel covers. Yet Cosmopolitan.com shows that in real life these depictions are far from appealing. Instead, they look as though they belong on a low budget pornography set, which is clearly not saying a lot. But at the end of the day people will get a good laugh out of them.

The classic Harlequin romance novel covers were reenacted by real people. Enchant the Heavens, Savage Thunder, Tender Is the Storm and more were recreated to hilarious effects. Cosmopolitan asks, "Who wants Fabio when you can have Dan?" Well, by the looks of these real romance novel covers, women would certainly opt for Fabio. Of course, that isn't due to lack of trying on Cosmopolitan's part.
3.2
Score
Popularity
Activity
Freshness
Jeremy Gutsche Keynote Speaker