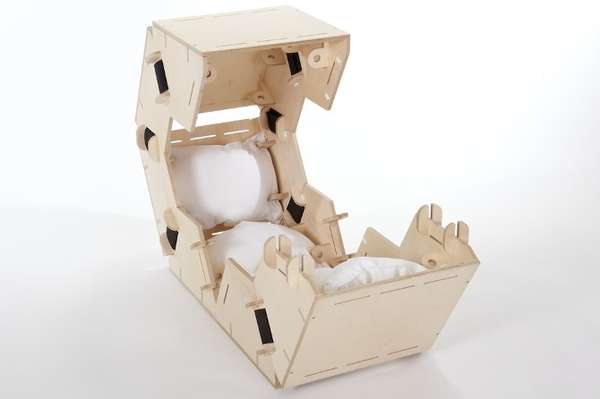 The Roly Poly project, one of the hundred young designer creations exhibited at the 2012 Salone Satellite show, is a delightful and inspirational object. It is a plywood box that transforms into virtually anything within children's imagination thanks to its six basic units. The Roly Poly base units, when separated, become simple stools, mini writing tables or nightstands. Once they are assembled, they can become a study bench, a miniature armchair or a long table. Roly Poly can also transform into a cradle, a bed, a slide, a cocoon or a giant dragon to fight.

This is a truly inspirational and fun furnishing to play with for children and for adults.
6.4
Score
Popularity
Activity
Freshness
Get Trend Hunter Dashboard