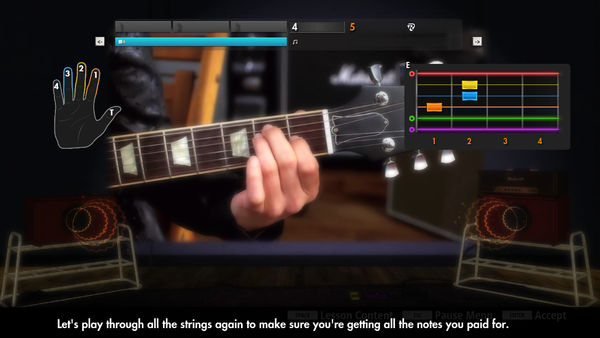 Learn How to Play Guitar Fast with Ubisoft's Rocksmith 2014

If you’re any bit skeptical about this video game’s ability to teach you to play an amazing guitar solo, Ubisoft created The Rocksmith Challenge, which encourages an hour of practice with Rocksmith 2014 over the course of 60 days. A number of video testimonials can be seen online from some of the millions that have joined the challenge and it’s obviously clear that practice makes perfect. As well, Rocksmith 2014 is the second iteration of the game, which brings a completely new interface, songs and practice tools to make learning the guitar even easier.

With Rocksmith 2014, aspiring guitarists will be introduced to guitar playing basics. Over time, Rocksmith is able to monitor performance and adjust the difficulty level of techniques to a guitarist’s abilities. By gamifying the process of teaching yourself to play the guitar, Rocksmith 2014 will have you shredding in no time at all.
2.7
Score
Popularity
Activity
Freshness
Jeremy Gutsche Keynote Speaker