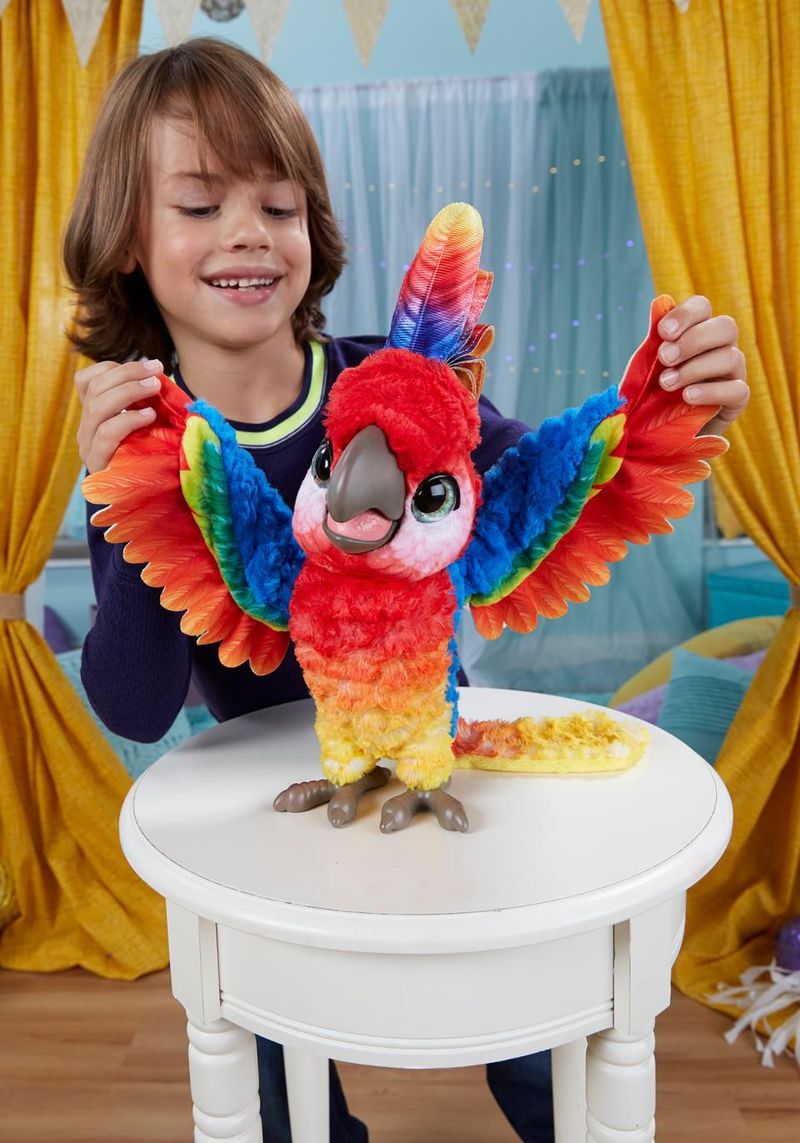 True to its name, Rock-a-too boasts the ability to sing and dance, as well as repeat the phrases that are fed to it, like a true parrot. What's even more impressive is that the parrot companion toy can also incorporate these lines into new songs. In addition to its many musical abilities, Rock-a-too also offers jokes and imitations and expresses its personality through numerous movements and sounds.

At the New York Toy Fair, Hasbro also introduced two other FurReal Friends at different price points, including Ricky the Trick-Lovin Pup for $130 and Munchin' Rex for $50.