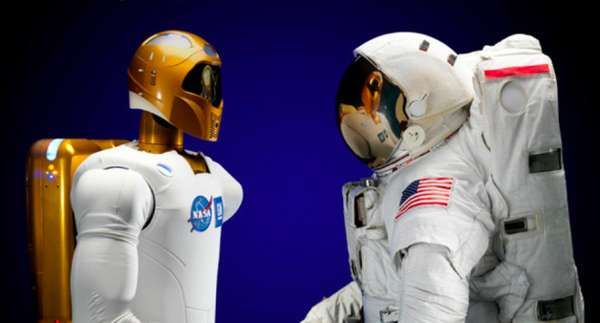 Omar Yusuf — August 25, 2011 — Tech
References: space & io9
Share on Facebook Share on Twitter Share on LinkedIn Share on Pinterest
After months of planned applications and press buzz, the Robonaut 2 has been ferried to the International Space Station, unboxed and powered on. Retreading the steps taken by its forbears, the automaton astronaut has taken a leap forward for all android-kind!

Colloquially called R2, in reference to perhaps the world's most famous robot, the helper droid has been tweeting about his new job, updating followers on tests and experiments conducted on the ISS. Just the other day, Robonaut 2 complained that "space shuttles have brought up real, fresh ice cream for ISS crews before -- but none for me."

Plans are in the works to upgrade Robonaut 2 and include space-worthy legs, so that the android may help onboard maintenance by plugging up holes or investigating the hull's condition.
1.2
Score
Popularity
Activity
Freshness
Get Trend Hunter Dashboard